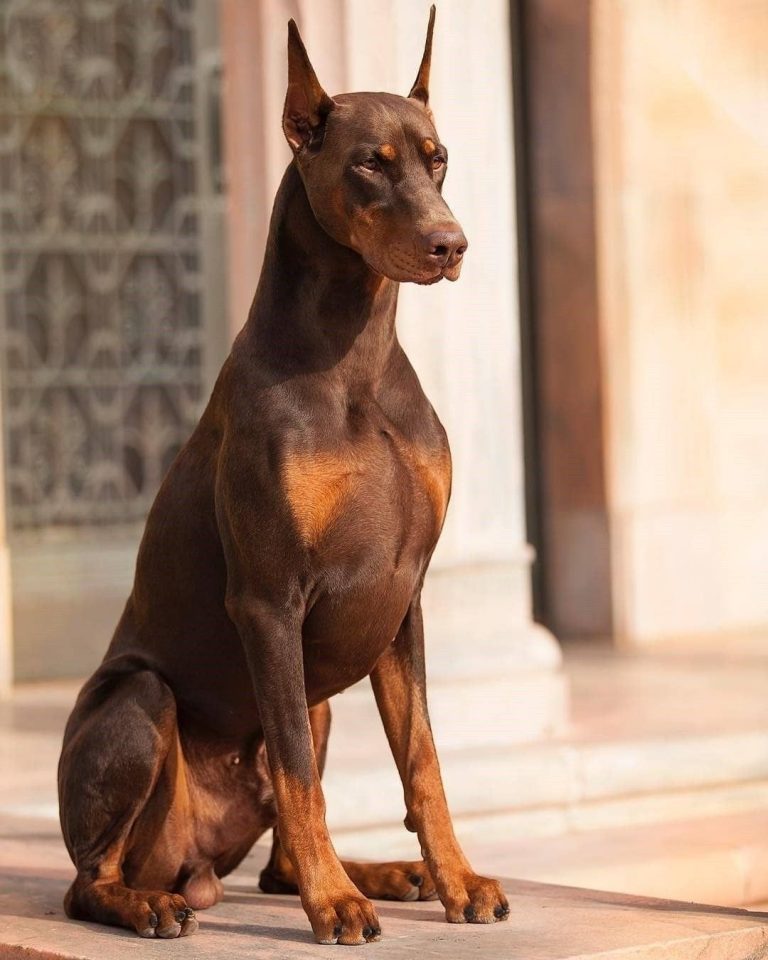 The Doberman pinscher is a medium-large, deep-chested dog breed with a sleek and sturdy appearance. The breed is muscular and athletic, possessing great strength and endurance — so much so that it historically served as the Marine Corps’ official dog during World War II. Dobermans (also called “Dobes” or “Dobies”) are fearless, loyal and highly intelligent. These traits have made them ideal police, war, and guard dogs, but they are also outstanding companions.